Eric Henry’s great, great grandfather knew good land for peaches when he saw it. Blue Hill Orchard boasts quality soil, proper elevation and a Northern facing slope something that delays maturation in peaches and increases their likelihood of withstanding New England weather. Dean of Agriculture at the University of Wisconsin, Madison, at the time, William Arnon Henry couldn’t resist the opportunity. The Henrys packed up and moved to Wallingford, Connecticut in 1904 to grow peaches and cherries.

Blue Hill Orchard covers just over 300 acres – 250 acres are in apple production while another 30 are in peaches with a sprinkling of nectarines here and there. To make the growing season as long as possible, the Henry family has planted over 25 varieties of peaches. Each variety has a peak season of a week or two, so from early July to late September when one peach is finished another is ready for harvest. Some of the most popular varieties are the John Boys, a freestone peach with a nice red blush that is good for eating, and the Blushing Star, a sweet white peach that ripens a little later in the season.

The whole family pitches in on this fifth generation orchard. Eric Henry manages the orchards and packing facilities. His mother, Rita, does the bookkeeping and wife, Rebecca, runs a small retail facility on the farm. “Farming is a way of life,” explains Eric Henry. “It’s in our blood. It can be quite a challenge but the rewards definitely come through. It’s great to live in the middle of an orchard!” 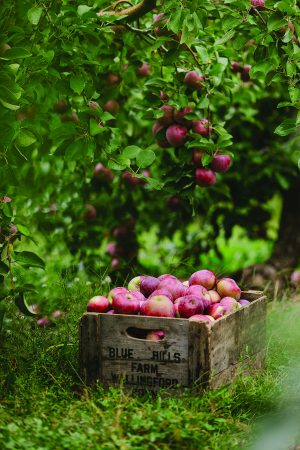 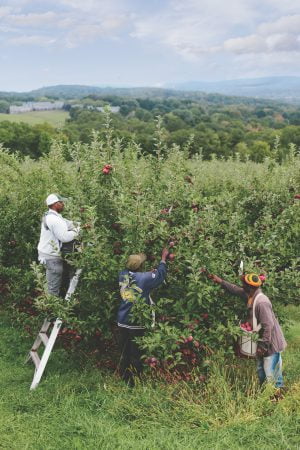