Seventh generation farmer John Rogers has always loved fruit. One might say, however, that he took the long way home to settle into the family business of managing Rogers Orchard. A history major in college, John took a few classes in pomology (the branch of botany that studies fruit and cultivation) which led him to work on an orchard in the Netherlands, near Utrecht. Studying the progressive, high density cultivation style of the Dutch orchard, John started to appreciate what could and couldn’t be done in Connecticut. “Working in the Netherlands affirmed my interest and love for fruit growing.” After one more detour as a kindergarten and science teacher in Massachusetts, where John met his wife Nancy, John moved back to the family orchard.

Founded in 1809 by Josiah Merriman, as Shuttle Meadow Farm, Rogers Orchards now encompasses a second farm, Sunnymount Farm, which was acquired by John’s father Frank in 1965. Originally a diversified farm with crops ranging from tobacco to tomatoes, Rogers Orchards is now the largest apple grower in Connecticut. The family grows peaches, pears, plums, nectarines and pumpkins which they sell in several wholesale markets, in their two farm stands and as pick your own.

John manages general production, sales and human resources on the farm with the help of his daughter Martha and son-in-law Greg Parzych. Following in his father’s footsteps, Peter Rogers joined the eighth generation to work the farm, after working for the same Dutch family, in early 2008. Alongside the Rogers/Parzych team is Assistant Manager Rick Hutton, who has been on the farm for thirty years. Rick handles the farm stands, which are open ten months out of the year, and the wholesale markets. Rogers supplies a variety of fruit to Red Tomato and became part of the Eco Appl program in 2008 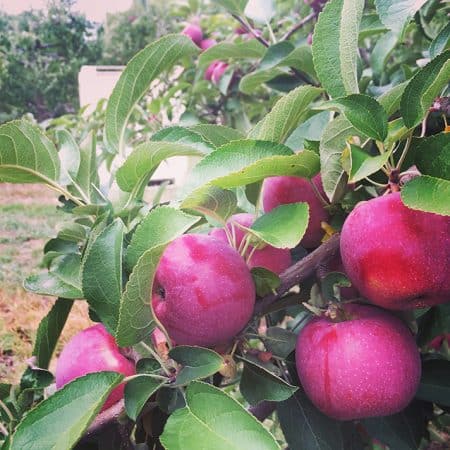 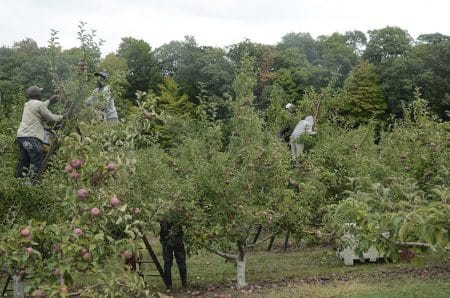