Walking through the produce section of a grocery store in the Northeast in the past month and you’re likely to have noticed something strange. Despite a good harvest and plenty of supply, Macoun, McIntosh, Empire, Gala, Pink Lady, and Evercrisp apples from the Northeast are difficult, if not impossible to find, having all but disappeared from store shelves. One could easily conclude that the local apple season is over.

And the apples you could find? Varieties from the massive west coast producers, and if there was an apple from the northeast, it was likely a specialty variety intentionally restricted to a few producers in an attempt to keep quality, demand, and prices higher. 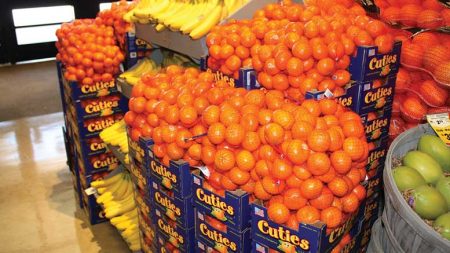 Citrus always moves into center stage as its new season starts mid-winter, but what caught us by surprise this year was the fact that retailers were telling us that they would stop purchasing certain apple varieties on December 31st. Office favorites like the Empire (we think our Vermont growers raise some of the best-tasting Empire there are…), and New England classics like McIntosh were out. The challenge for our growers and any in the Northeast is twofold. West coast prices drive down the markets prices, making it hard to compete. Look for an Eastern Gala the next time you’re in the store and you may well find one from Washington or Oregon on sale instead.

Second, the specialty varieties that you see these days are not the old familiar ones. Snapdragon, Opal, SweeTango all appear with the ® after their name – they’re a brand in addition to an apple. New apple varieties are being constantly developed by universities, growers and private companies around the world. When Honeycrisp was developed at the University of Minnesota, it exploded onto the market as an open variety, meaning growers anywhere could grow and market it. The patent for HC earned royalties for the University, helping to fund future research, (and for the horticulturist who helped develop it,) until it expired in 2008, 20 years after its creation. But many newer varieties, such as SweeTango, are being released as controlled, or ‘club’ varieties, with the planting, growing, and marketing all restricted to a few select growers (38 according to its website), and marketed under a registered trademark. Some of these varieties, like EverCrisp, are being developed by growers associations that include some Eco orchards, or by public programs supporting growers in a specific state or region, like SnapDragon. But they all make the grocery shelves even more crowded and competitive

Growers aren’t watching idly by while new varieties are developed. They are regularly clearing out varieties that no longer sell at a price that allows the orchard to survive, and planting and experimenting with new varieties. But this takes time. A new, high-density, planting might take three years before it begins to produce at volume. Even then, a grower might be hesitant to plant a new, unproven variety. Apples like the Zestar (which is a cross with SweeTango) and the EverCrisp are more widely available to growers but don’t have the same marketing force behind them – part of the reason you don’t see them on as many stores shelves.

The local apple season doesn’t end on December 31st. There is no magic end date, and in past years we’ve opened controlled atmosphere rooms in April to find crisp, delicious McIntosh apples. Growers will adapt to the market, but it takes time – and the continued support from shoppers. Produce buyers follow the consumer. They hear concern for price, and the desire to ‘discover’ the next big variety loud and clear. And yet, this can’t happen overnight. In the interim, we continue to talk to our buyers, both as an organization, and as shoppers, we ask ‘can you get local McIntosh, Macouns, and Empires back on the shelves?’ 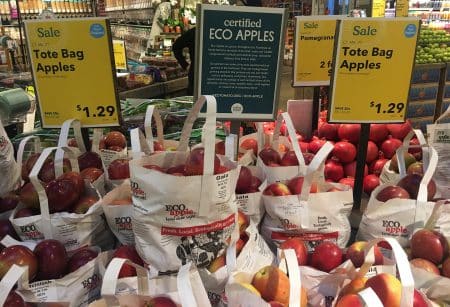 Curious to learn more about what it’s like being a wholesale grower in the Northeast? Check out this 5-minute video produced in support of our 20th anniversary!