After 15 months of research, interviews, and sleepless nights over the viability of an East Coast supply chain, the affectionately proclaimed “Broccoli Team,” composed of Red Tomato folks, Michael Rozyne, Alessandra Cancalosi and Susannah Hinman, and an Agricultural Economic Development Specialist from Cornell, Cheryl Bilinski, has published their findings and suggestions for establishing a New York and East Coast broccoli supply chain.

The Broccoli Team asked: Is there an opportunity for New York growers and marketers to invest in broccoli production and distribution as a way to diversify and strengthen their businesses, while adding jobs, dollars, and resilience to the economy and rural communities?

In collaboration with the Eastern Broccoli Project team at Cornell and the Hudson Valley Agribusiness Development Corporation, the findings and recommendations outlined in this report underline the value in bringing together perspectives and ideas across organizations and throughout the supply chain. Research included interviews that ranged from growers to retail buyers, major distributors to food hubs, anyone who has a stake in the successes of Eastern Broccoli. The thirty interviewees gave insight and anecdotes regarding the challenges that arise with broccoli production on the East Coast. This Ag-of-the-Middle predicament has raised barriers in markets, for labor costs, and in production costs for midsize farmers growing broccoli. 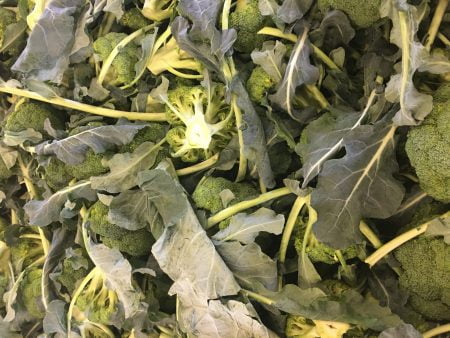 An opportunity came serendipitously to the Broccoli Team, via a blog post by Sheila Murphy, former RT Marketing Associate. It was the first public post on the Broccoli Team’s work, published last summer, and found its way into the hands of the “lobbyist, grant writer and hustler” of Good Shepherd Food Bank, based in Auburn, Maine. A subsequent conversation with Good Shepherd Food Bank (GSFB) turned into many, thus the Maine to New York Frozen Broccoli Partnership was born. A recommendation for processing Eastern broccoli seemed impossible to the Broccoli Team before learning about the strategic and bold goals of GSFB’s for-profit subsidiary Harvesting Good. With a goal to end hunger in Maine, create jobs in some of the poorest counties, and support local and regional farmers past the growing season, it quickly became clear that this initiative could provide mutual benefit to broccoli growers in the Northeast, and potentially along the East Coast.

Maine is a significant broccoli producer on the East Coast, New York is less so because the bottlenecks facing growers in New York for broccoli production are staggering: from changes to labor laws for H2A workers (which is outlined with some help from Richard Stup, Agricultural Workforce Specialist at Cornell Cooperative Extension), to a lack of infrastructure for cooling and icing broccoli at scale, to uncompetitive production costs compared to California and Mexico. 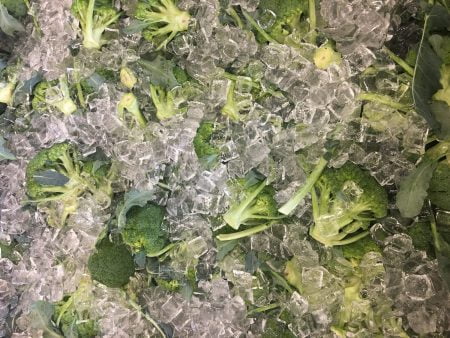 In its report, the Broccoli Team outlines four recommendations for the future of Eastern broccoli production:

The bottlenecks identified above led to the creation of the three remaining recommendations:

It is a favorable time for the Eastern U.S. broccoli sector, at $75-100 million, it’s poised to grow significantly beyond that size. And there is an opportunity for New York growers and marketers who currently claim a small share of today’s Eastern broccoli, to play a much stronger role in the sector’s expansion. The Broccoli Team is hopeful that investment and support from New York agencies and institutions can break down these bottlenecks for growers, and encourage the growth of Eastern broccoli supply chains.