In 1985, while other 20-year-olds sat in basements listening to Phil Collins, Paul Mazza purchased his first ten acres of land to start his own strawberry farm. After balancing three jobs and several years of hard labor, his efforts have paid off! Paul Mazza’s Farm is now 250 acres in Essex and Colchester VT, with fifty employees who manage over twenty-five varieties of fruits and vegetables. Strawberries are still Mazza’s predominant product, but the farm is also popular for its blueberries and berries.

Paul Mazza’s harvests are always productive because the farmland is dispersed between Colchester and Essex Junction with several different types of fields, some clay, some sandy, etc. This set up allows Mazza to evade floods and to plant their crops in the ideal type of soil depending on the weather. For example, in the spring of 2011, parts of Paul Mazza’s farm were submerged after the Winooski River flooded. However, they were able to continue their operations on different plots of land that were on higher ground.

Shawn, Paul’s marketing manager, says strawberries are “still my favorite crop to grow.” He likes them because “they mark the beginning of the new season”, which to him symbolizes “an annual new start!” 2012 is the first season Paul Mazza’s Farm is working with Red Tomato to bring their tasty strawberries to grocery stores, such as Whole Foods Market, in Massachusetts and Rhode Island! Even though Paul Mazza’s Farm harvests approximately 100,000 pounds of strawberries each year, these delicious treats sell quickly so stop by your local grocer during June and July to get your fair share of sweet and local strawberries! 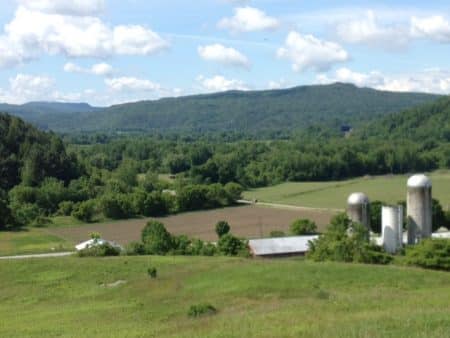 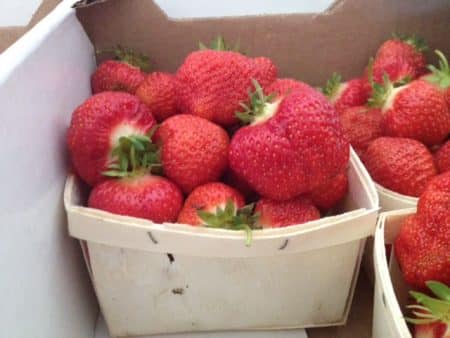