Located in the foothills of western Maine is Ricker Hill Orchards, a beautiful apple orchard with over 400 acres spread throughout eight towns. Their story begins when two Ricker brothers immigrated from the Isle of Jersey in Europe and planted the first apple trees in 1803.

The farm has grown substantially since its start, now with over 340 acres devoted just to apples. It is home to popular varieties like McIntosh, Honeycrisp, and Gala, as well as lesser-seen varieties like Macouns and Jonagold. While apples are their starting point, the Rickers also have a cranberry bog which they added in the 1990’s where they grow a variety that are “bigger, redder, and better.” In the early 2000’s they expanded again, adding blueberries, pumpkins, and grapes to the mix.

Growing Practices
To keep their trees healthy, they use a mix of conventional and organic growing techniques and are one of the few commercial organic apple producers in the region. The Rickers follow the practice of “taking care of the good bugs to help their fruit flourish and the bad bugs not.” They do this through Integrated Pest Management (IPM), an ecological approach to prevent pests and the damage they can cause. Harry Ricker learned IPM techniques from his father and grandfather and is in the process of handing down the knowledge to his children.

Looking Forward
The Rickers don’t stop at fresh fruit. They have their own country store where they sell an array of items from apple cider, to pies made from their own fruit. They also sell Mainiac Hard Cider, a new product that they added in 2014.

The Rickers are excited to see where they bring the farm in the future. They say it best themselves: “we are always evolving in ways that we hope will support our families, along with many more who work with us, for many generations into the future” 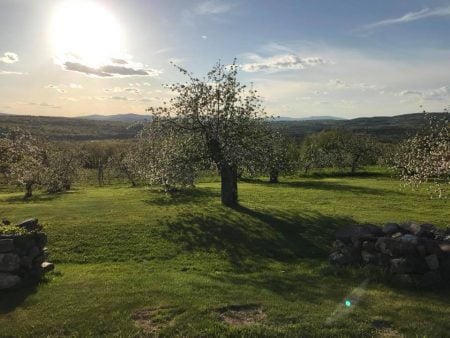 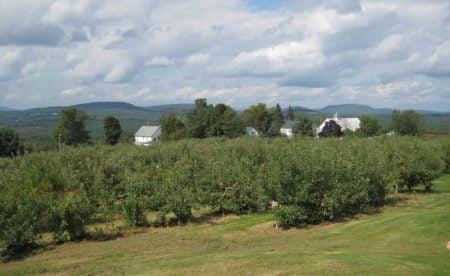