Scott Farm Orchard in Dummerston, Vermont sits high in the Connecticut River Valley surrounded by hills and just minutes away from downtown Brattleboro and Interstate 91. The 600-acre farm, owned by Landmark Trust USA, is one of the most beautiful in all of New England.

Cultivated since 1791, and now listed on the National Register of Historic Places, Scott Farm was long cared for by three generations of the Holbrook family, who planted the original apple orchard in 1911. In 1995, the farm was given to the Landmark Trust USA, which also owns the adjacent Naulakha, Rudyard Kipling’s National Historic Landmark home.

Scott Farm Orchard is managed by Simon Renault, who grew up in a family of cider makers in Brittany, France. Simon came to the US at age 28 to study permaculture. After some time on the West Coast, Simon moved to Vermont, where for 10 years, he ran Sun Hill Farm, raising sheep and growing vegetables. Simon joined the Scott Farm team as General Manager in the Spring of 2020. There, he shares his passion for building a thriving ecosystem of people, plants and business.

Scott Farm Orchard was managed for many years by Zeke Goodband, an accomplished horticulturalist, steeped in knowledge about heirloom apples. When Zeke joined in 2000, the orchard began to focus more on heirloom apples, in the years since, the crew has grafted thousands of trees onto the rootstock planted by Fred Holbrook. There are now over 70 varieties of heirloom apples, including some rarely seen on this side of the Atlantic. Each tree has its own personality, and the farmers at Scott Farm know the look, taste and character of each type of apple.

Scott Farm Orchard sells heirloom apples and a variety of other fruit, and offers educational programs and events as well as rental of several of the historic farm buildings, including the apple-packing barn, which is renovated to be energy-efficient and now produces more energy than it uses. 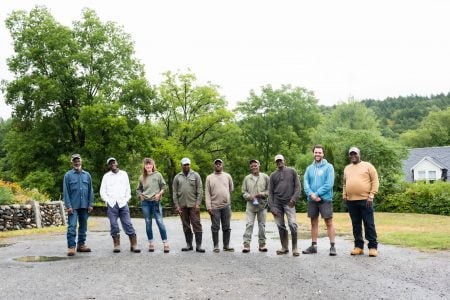 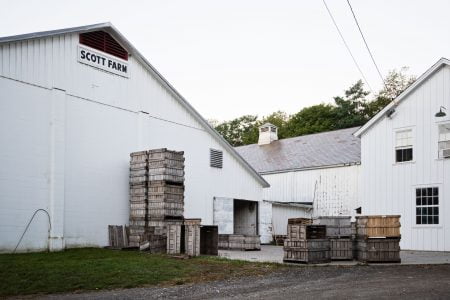 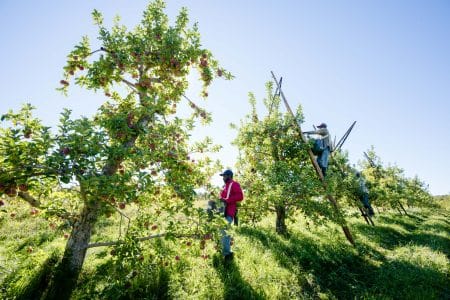